Gov. Dannel P. Malloy, U.S. Rep. Joe Courtney, D-2nd District, Tim Sullivan, Deputy Commissioner, CT Dept. of Economic and Community Development, and state Rep. Diana Urban are among those gathering to commemorate this exciting day. Representatives of both the Avery and Schneider families will be on hand to cut the ‘vine’ to officially open the buildings. Following the ceremony, which is co-hosted by the Chamber of Commerce of Eastern Connecticut, there will be tours of the House, Barn, Giving Garden and an easy trail walk. Light refreshments are being provided by A Thyme to Cook.

The Nature Center purchased the 45-acre property in 2013 after a two-year fundraising campaign in partnership with the Trust for Public Land. After extensive renovations to the farmhouse and barn, and construction of a parking lot and other property improvements, the facility is ready to fully open to the public. The farmhouse includes a Welcome Center with a  small retail shop on the ground floor, a teaching kitchen and conference/classroom space on the first floor, and Nature Center administrative offices on the second floor.

The barn at Coogan Farm, which has stood for more than 100 years along Greenmanville Avenue as an icon of the property, is named in honor of the late Jules Xavier Schneider of Stonington. Ana and Jeffrey Schneider, owners of ASA Environmental Products in Stonington, made a donation to the Coogan Farm restoration project in memory of their son Jules, who died of cardiomyopathy in 1984 at age 13. Jules is buried in Elm Grove Cemetery, directly across Greenmanville Avenue from Coogan Farm.

The barn will serve as both classroom and exhibit space. It has handicap-accessible restrooms, art preparation areas and a small kitchen. The building will be an integral part of the educational programming the Nature Center provides year round, as well as summer camp and special DPNC programs such as Discoveries, which is funded by the National Recreation Foundation to help address the health crisis and outdoor recreation deficit in youth by fostering appreciation of the natural world, healthful eating and lifestyles, and outdoor physical recreation.

Both the farmhouse and barn were renovated by Sound Home Builders of Old Mystic. The Conservation Fund provided a $700,000 bridge loan for building renovations, the organization’s second bridge loan to the Nature Center for Coogan Farm; the first was provided for the purchase of the land in 2013.

The Coogan Farm trail system joins DPNC’s 10+ miles of trails throughout 400 acres in Mystic, Stonington and Groton. The farm is also home to the Giving Garden, which the DPNC launched in 2014. The garden grows fresh produce for donation to the Gemma E. Moran United Way/Labor Food Center, bringing healthy, organic vegetables to food insecure families across New London County.

The date of the grand opening is significant because it was on April 25 in 1946 that a group of Mystic and area citizens created the Pequot-sepos Wildlife Sanctuary, founded to preserve natural resources and educate the public about the environment. 70 years later, the DPNC continues to fulfill that founding principle, with the official dedication of the buildings at Coogan Farm. 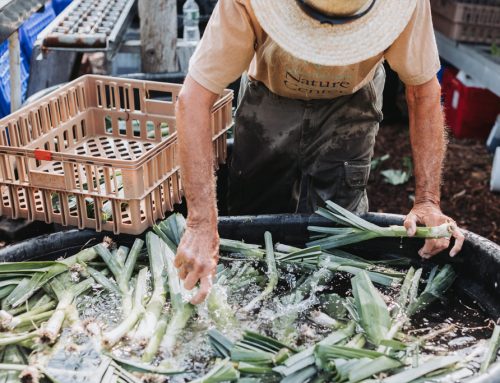 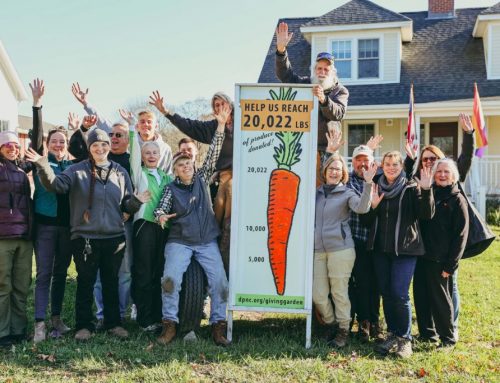 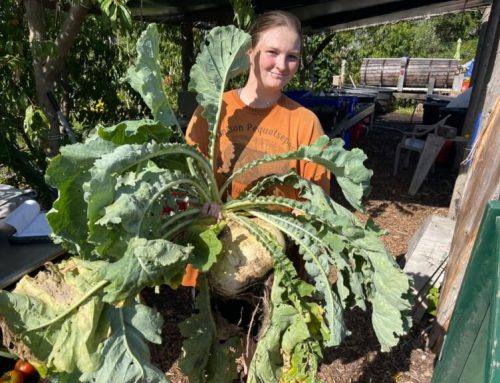 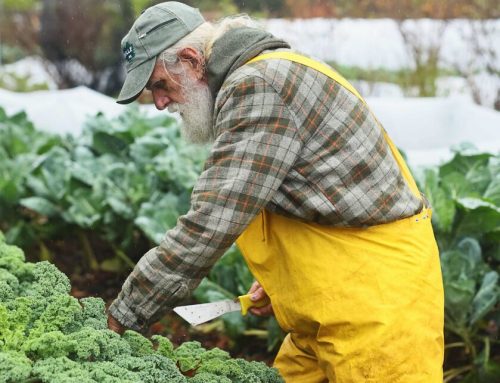